I remember a time when ‘feminism’ was the innocent idea of gender equality, and i thought “FUCK YEAH” sign me the heck up,but that cute ideology quickly dispelled with modern feminists

Lets face it, were living in a post-trump world so any self-victimised, scapegoating has upped the anti.

Left wings are the kind of people to see a meme they dont understand and call the police that’s why were in this mess to begin with.The Clinton campaign branding Pepe the frog as a symbol of racism,well it was downhill from there

Anyone who was on twitter a short while ago will have noticed that Mr Shkreli,  pharmaceutic was suspended from twitter after a row incited by teen vogue ‘journalist’ Lauren Duca

The whole thing  arose  after martin was asking her to go to Deploraball and she responded with a clapback joke to him.

Martin’s known for provoking petty journalism and this whole thing seemed like good banter but when martin made a meme,when he edited himself next to her where her partner was, she did not take it kindly;took on a victim mentality. 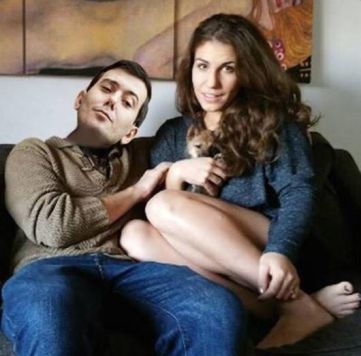 “that’s a photo of my husband. I feel sick”

A few other hyperbolic reactions from others and his account was suspended.

Twitter has strict rules on targeted harassment.However, making a meme of someone’s hardly within that category.Do we live in an age where you can accuse someone of something SERIOUS, simply because you do not like them?

I do not think these women understand the power they truly have to influence things.(unsurprising because many have clinically low selfesteem)The foundations of feminism were never set on the idea of male female equality, but rather leverage.This is another example of feminist privilege which, unlike white privilege, actually exists!

A quantity of female comedians and writers constantly exclaim about their sex lives online,including as many vulgar metaphors as possible. I wonder how these would sound coming from a male mouth?I think we all know the answer to that.

Look, sex can be a great activity but is also a very very normal one, the idea that somehow a 30yr old women is braking barriers by talking about an orgasm is childish and ill thoughtout- the ability to make people uncomfortable with your period joke isn’t a symbol of patriarchy you’re just immature and gross.

When there’s a call for equality the imperative steps are to see where we have fallen short and fix it, however with online feminist often its this idea of intellectual leverage,and attitudes towards sex

Your agenda should be:

Sexism does exist but feminism has done nothing to tackle real issues.Very sad!

Women can be amazing and beautiful and talented, but often the poster girl they{media} have for that is neither

Look at the recent ghost busters,a starred studded all female cast-was something that could’ve been done so well but wasnt because of the blaring feminist tone

When speaking to a feminist they’re shocked when i always ask, what does it mean? okay its not men bashing, got it. but evidently women bashing and this vibe of low self esteem.The same women who scream about rape culture are tweeting,personal jokes about Ivanka trump

LISTEN, I DONT CARE WHAT YOUR POLITICS BUT LEAVE, MELANIA, IVANKA AND BARRON TRUMP OUT OF YOUR MOUTH.

Because noone hates white people more than white people but the growing number white women who constantly villainize the existence of white men is ridiculous. how is this okay

We all saw that very racist dear white guys video. at this point I wanna call it a mental disorder.insulting all white men doesn’t fix racism.

No black person thinks trash talking white people will make up for slavery but white feminists constantly  villainize white men as if there’s a black person waiting to thank them for their service.

One thought on “Why Feminism is a mental disorder”